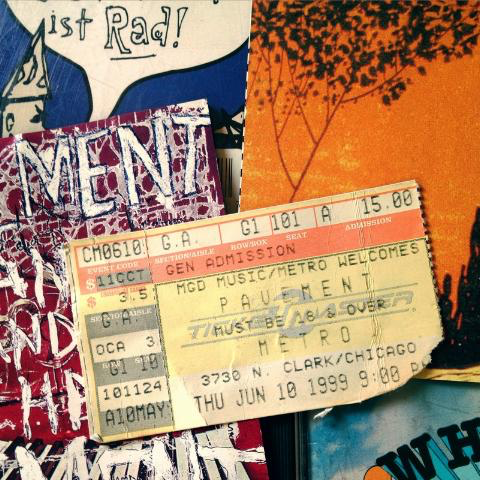 it was a warm night and i was moving fast from the el to the show, still adjusting to night walking alone in unfamiliar territory. fresh from dallas, texas less than a year before, i was living in the heart of the loop in one of the dorms of the school of the art institute of chicago, so i wasn’t that familiar with the northside. it wasn’t my first time at the metro either, but i am kinda hilarious with directions.

i was broke most of the time back then, being an art school student and all, but i knew you could save on crazy fees if you bought tickets directly from the metro’s box office. i ended up buying two, one for each of the two chicago dates. it was my first time seeing pavement so i was super stoked, so much so that i beelined right over to the front of the stage. i had a crush on stephen malkmus and his haircut that burned with a fury. up near the front, i giddily danced and sang along and occasionally hollered for “range life” but alas, they did not play it that night. they were playing again the following evening, so i still had hope.

this is what they DID play that night (according to setlist.fm):